DISCLAIMER: No feelings were harmed in the making of this article.

I’m a struggling, bitter, internet marketing amateur and I’ve just about had it with all this guru malarkey. If you don’t want to read a rant then feel free to do a 360 and walk away.

Someone recommended I check out a certain YouTuber who has videos titled with things like, “How I make $250,000 in passive income every month!” and “Learning THIS secret made me a millionaire!”

I hate the Make Money Online niche so much.

I hate it because I feel like I know all the tricks and yet they keep working on me.

I know how to create funnels, do copywriting, create content and blah blah blah and yet I still watch this retarded value-less clickbait garbage.

But after watching a portion of this last video I finally realized what these internet marketers do.

Step 1: Make money selling a course about literally anything 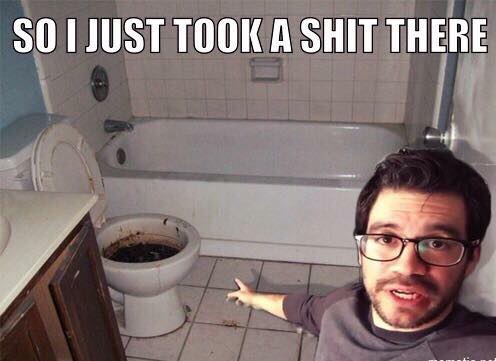 This is the first step in becoming an internet marketing guru.

I would even argue that this is the hardest part and where most people get stuck because it essentially the would-be guru to figure out all the steps on their own.

Completing these steps will give the guru credibility that they know what they’re talking about.

Not only do they know how to do each step, but they’ll have actual PROOF that they know what they’re talking about when it comes time for the next step.

Step 2: Sell ANOTHER course that teaches people how to sell courses

The next step is for the marketer to take what they’ve learned, package it into 6 modules of 10-15 videos each, and sell it as a course.

They then repeat the entire process above, but this time they use the proof of their sales, marketing material, and appropriate screenshots in their funnel.

It’s at this point that the marketer has the ability to create additional social media web properties to market their products.

They can start a blog, Facebook group, YouTube channel or whatever to give out little clickbait tidbits that teach people how to make money selling courses.

Theoretically, they could do these things for step 1 as well. And frequently they do, offered as bonuses for signing up.

This is perhaps the most “meta” of all the steps.

Once the marketer has successfully completed steps 1 and 2, they then have the credibility to complete the third step.

Only someone who has completed the first two steps can proceed to the third step.

The third step is the most interesting and an excellent way to tell the true gurus apart from the posers.

While it’s common at all three levels to see upsells and downsells, it’s at this level that we most frequently see the big money maker of them all: private consulting and/or mentoring groups.

All the rage these days, mentoring is an excellent niche in and of itself. Instead of simply selling a course, you’re also selling your time as an expert to future would-be gurus.

For the low low price of $997, aspiring gurus can get you on the phone for an hour a week where you will:

And don’t even get me started on the bonuses..

Step 4: Create endless amounts of vague content that rehashes the same basic information over and over again 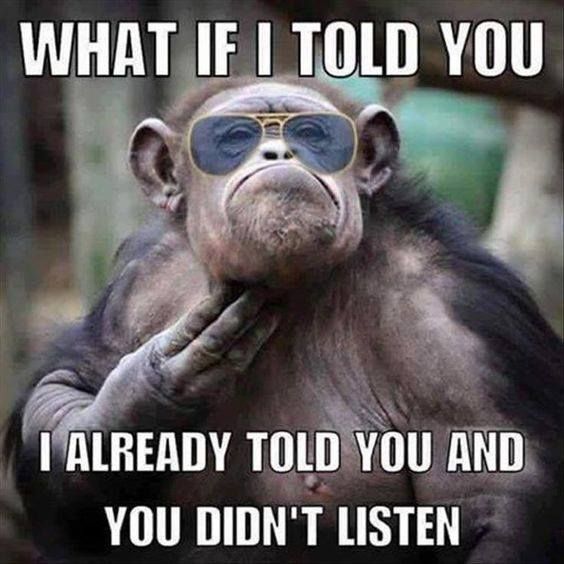 What kills me about this formula is that I see it so MANY TIMES across SO MANY DIFFERENT MARKETERS that it makes me want to vomit.

Not because it’s transparent, manipulative, and bordering on unethical.

But because I want SO DESPERATELY to be able to do it and make a killing like they are.

I watch these gurus’ videos, read their “articles,” skim their “value adding” Facebook drivel in hopes that I’ll get some sort of actionable tip instead of different versions of the same old garbage.

You know what I’m talking about. Classics such as:

Guys it’s all about one thing: ADDING VALUE.

Figure out what problem your customer needs to solve, then offer a solution.

Show your customers how their lives will be better after purchasing your product.

This kind of thing makes me want to kick my dog.

Does this ACTUALLY work on people?

Sadly, it does. The amount of comments I see on this kind of garbage that are like,

“Wow, you’re such an inspiration! So happy you finally made a million dollars, you deserve it!”

“This was a great story. I especially like the part where you talked about how successful you were.”

The worst part is that I hate myself for falling for it over and over again.

I mean, to be fair I’m not really “falling for it.”

These strategies all work. They’re all effective. And if you, me, or anyone else actually puts them into practice then they’ll probably get the same result.

If you ask me, all the hate these gurus get is – get ready for it – UNFOUNDED.

That may seem contradictory based my apparently unbridled rage against unethical internet marketers. But I don’t think my reasons for anger are much different than anyone else’s:

We simply haven’t been able to sell the dream as successfully as the gurus have.

Step 5: Add complexity to cause insecurity (conveniently solved by purchasing another course) 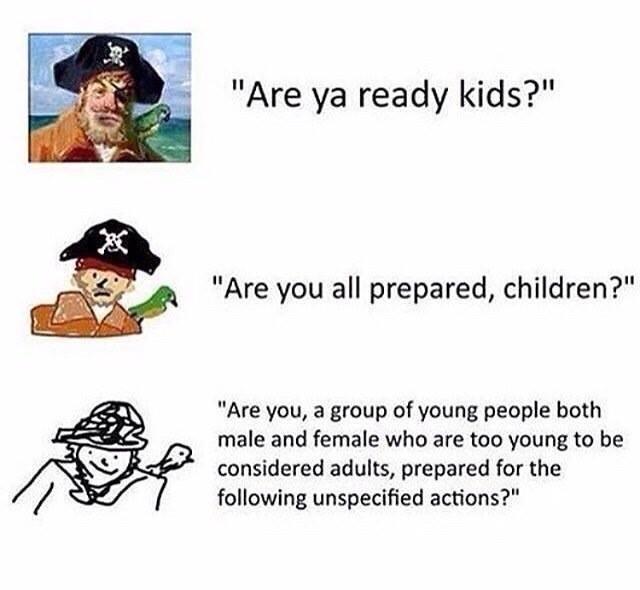 We read your sales letters, watched your YouTube videos, signed up for your mailing lists. We devoured your lead magnets.

And not just once – multiple times.

Not only that, we might have even learned the requisite skills necessary to tie it all together.

And yet, despite all this, we STILL haven’t been able to tie it together into anything profitable.

“Speak to everyone and nobody will listen.”

To be fair, at this point I think it’s safe to admit that I’m just talking about myself here. I know it.

How do I know? Because most people who fail DON’T fail because they did a lot of work and it just HAPPENED to be the wrong type of work.

Most people fail because they don’t do anything at all.

They sit on their butts, research all day, and then at the end of the day tell themselves that they’ll start FIRST THING TOMORROW.

Me? I have the opposite problem.

I’d rather write a 3000 word blog post and cry about my problems than think about how best to tie together the massive amount of content I’ve created in the past year.

I want to make a full time living from this. I want to live the dream, you know?

I want to be Tai Lopez. I want to be Tony Robbins. I want people to call ME a douchebag phony guru after seeing me talk about how I bought my new Lamborghini with knawledge.

Anyone who says they don’t want those things really just gave up on acquiring them and is denying their desire. Classic sour grapes.

They’ve decided they couldn’t have it, or that it would take too much work, and now they’ve convinced themselves that they never wanted those things anyway.

That’s where we’re different. I still believe that it’s possible.

I have all the skills.

I can do it all baby.

Maybe I don’t have one. Maybe it’s all in my head.

Step 6: Tell people the reason they’re failing is because they’re not taking action

Didn’t we already go over the strategy in the beginning? Why wouldn’t it be the same for you?

It’s the same for everyone. For every niche on the planet.

You’re only limited by your creativity.

(…and the amount you can spend on paid ads before you turn a profit. But we’ll get to that in a second.)

Not only that, but I actually know HOW to do everything I need to do to make it happen in ALL of those steps.

“Creating a funnel” isn’t a singular activity – it involves like 100 different skills that I learned on my own because I didn’t have a dollar to pay overpriced freelancers.

So what’s the missing piece? I’ll tell you: paid ads.

When you’re at Step 1, there is no substitute for paid ads.

You don’t just need people to sell to, you need the RIGHT people. The right age, gender, geographical location, income level, interests — they all need to be targeted.

Everything I’ve seen points to using Facebook ads as the primary method new internet marketers get their first batch of traffic.

Sure, once you get an audience and a little clout, you’ll get some organic traffic (and maybe even some customers) from there. But even then, there’s no guarantee that those people will buy from you. It’s not necessarily “buyer traffic.”

You need to find people that are ACTIVELY LOOKING FOR what you’re selling.

Your Facebook friends probably don’t care about your offer, even if it is in an evergreen niche like making money online or getting ripped.

The secret to making money with ANY of this stuff is nailing down a reliable source of targeted traffic, showing them ads and funnels that convert, and cranking the dial until you get sick of watching your bank account go up.

There does seem to be one alternative. In his book Traffic Secrets, Russel Brunson calls this “Finding your Dream 100.”

The idea here is that you make a list of the 100 most influential people in your industry and contact them with a gimmick like a physical card with a video screen as a way to stand out from the crowd.

It’s clever, gotta give him that.

But does it work?

Have I tried it?

Step 7: Talk about how easy the process is and how anyone who still hasn’t figured it out is an idiot

And THAT’S what kills me – I know it probably works, I just haven’t tried it because I don’t have the $500 for actual cards to send out.

Also probably some impostor syndrome in there – after all, why would famous influencers want to collaborate with lil old me?

But nothing. I just haven’t tried it. I need to try it. I need to get the friggin $500 together, make the list and just send out the info.

Everything else is ready, or COULD BE ready in a couple of weeks if I put my mind to it.

But because I think to myself, Oh well I can’t afford the physical gimmick cards to send out, that means the whole process is worthless and a waste of time. I should just wait until I have the money to spend on it, THEN I can do it. But even then it probably won’t work.

I’m letting a lack of funds prevent me from accessing the resourcefulness required to achieve success.

Anyway, who cares about all those dumb avocado toast excuses? The bottom line is that if MONEY is the problem, then all I need is to get some money together and pay for all the stuff I can’t pay for currently.

You know what they say: if your problem can be solved with money, then you don’t have a problem.

I heard that years ago. Even then, broke as I was, I knew it was true.

I started out writing this article ready to crucify these internet marketing gurus, how they’re awful people who deserve awful things. But after typing this all out I realized that it was really my fault all along.

I know what I need to do.

The path is clear.

I have all the skills. I have the sizzle AND the steak. All I need is money to make it happen.

So now the question becomes… how do I make 5 bazillion dollars?

Get your FREE quarantine fitness guide!